Comanche was the only living thing that the U.S. cavalry got back from the Battle of Little Big Horn. The Horse was nursed back to health and became a living symbol of Manifest Destiny. The public loved him, assuming that he had been Custer's horse (he hadn't) and that he was the Battle's only survivor (he wasn't). This was fine with the Army and the federal government, who wanted the public on their side while they killed Indians. Comanche toured the country, a favorite of parades and patriotic gatherings. 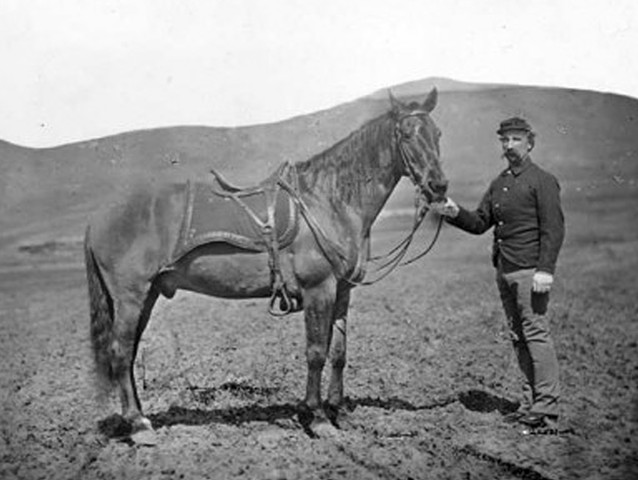